It has been several years since we began our study of microwave induced plasma in liquid systems, starting with the production of research devices.

Plasma can be generated in a liquid such as water. Plasma is often called the fourth state of matter after solids, liquids, and gases. Gases are not generally ionized; however, plasma is understood as an ionized gas in a state where positive and negative ions separated from molecules are freely moving. However, the plasma itself is not electrically charged as a whole.

Plasma can be easily formed by discharge within a gas. The most familiar example of a man-made plasma is fluorescent light. Plasmas are often used in processes such as welding, sputtering, and etching. The most often observed plasma-related phenomenon is thunder.

We are conducting experiments to generate plasmas in a liquid, mainly water, at atmospheric pressure. The plasmas can be generated either by inducing discharge by releasing electrodes in a liquid and applying voltage or using microwaves as an energy source. The device we use is similar to the one depicted below, wherein the microwave is transmitted through the waveguide and accumulated at the uniaxial electrode tip before being emitted.

As the diagram shows, the liquid is vaporized by the Joule heat generated by the energy of the microwave at the tip of the electrode, and bubbles are formed around it. The plasma is formed inside the bubbles. From the plasma generated in this manner, hydrogen radicals, OH radicals, electron, and light are generated, for example, for water.

We are studying the processes for synthesizing nanoparticles using the above method. 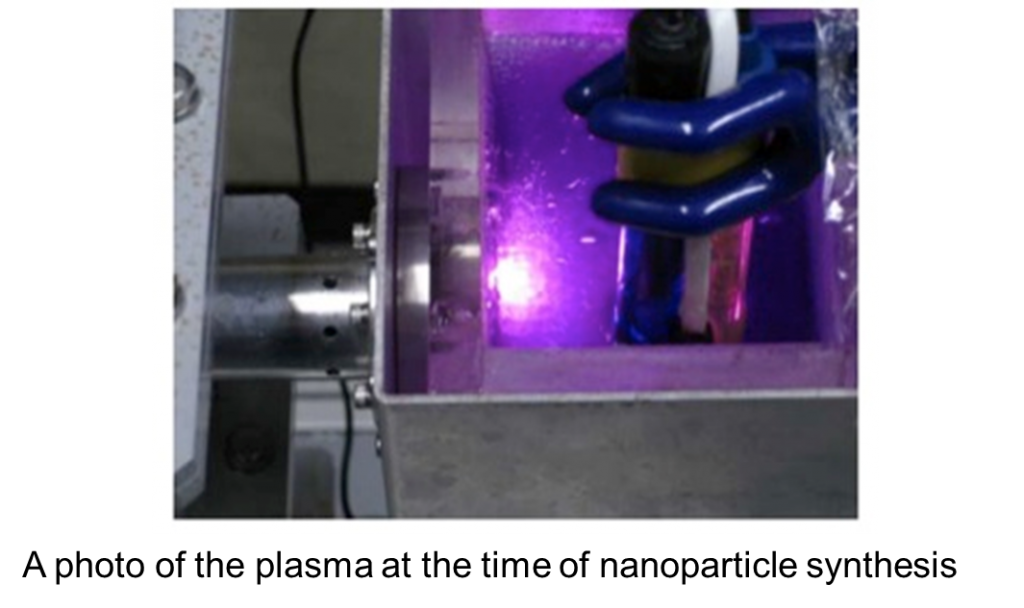 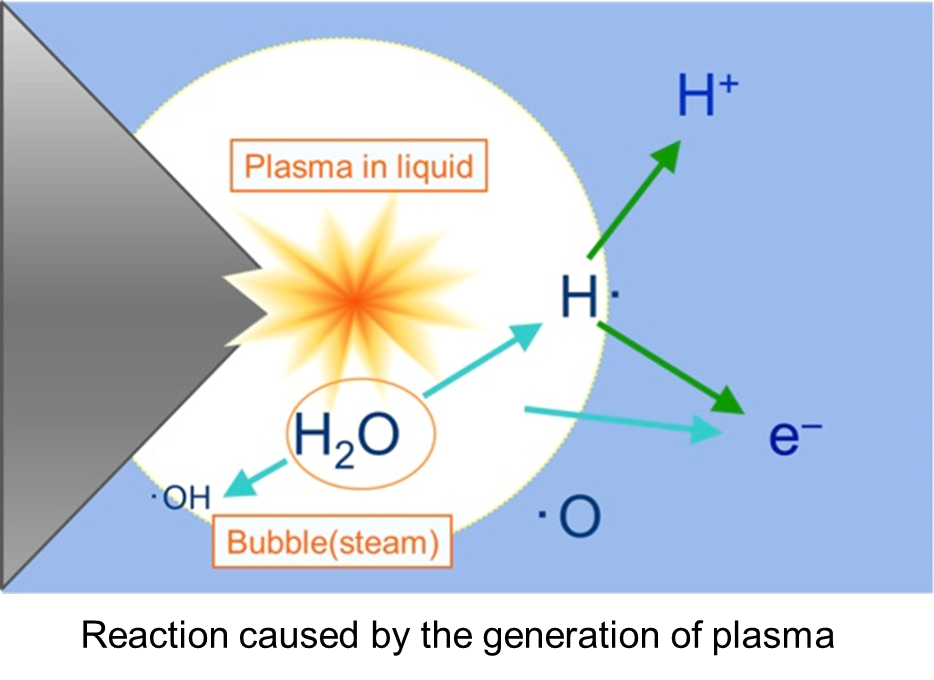 First, we attempted to produce a metallic nonmaterial using the plasma in the liquid system.

Noble metals are reduced by either hydrogen radicals or electrons that are generated when hydrogen radicals become protons. This process allows the formation of a stable nanoparticle aqueous dispersion liquid (Document 1). 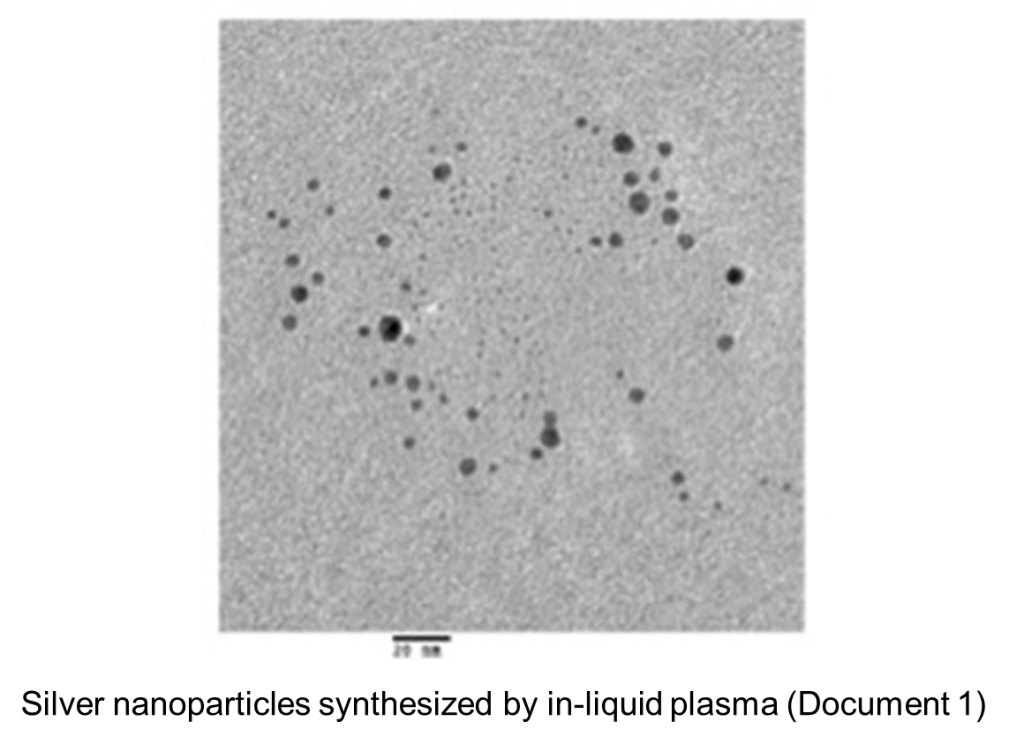 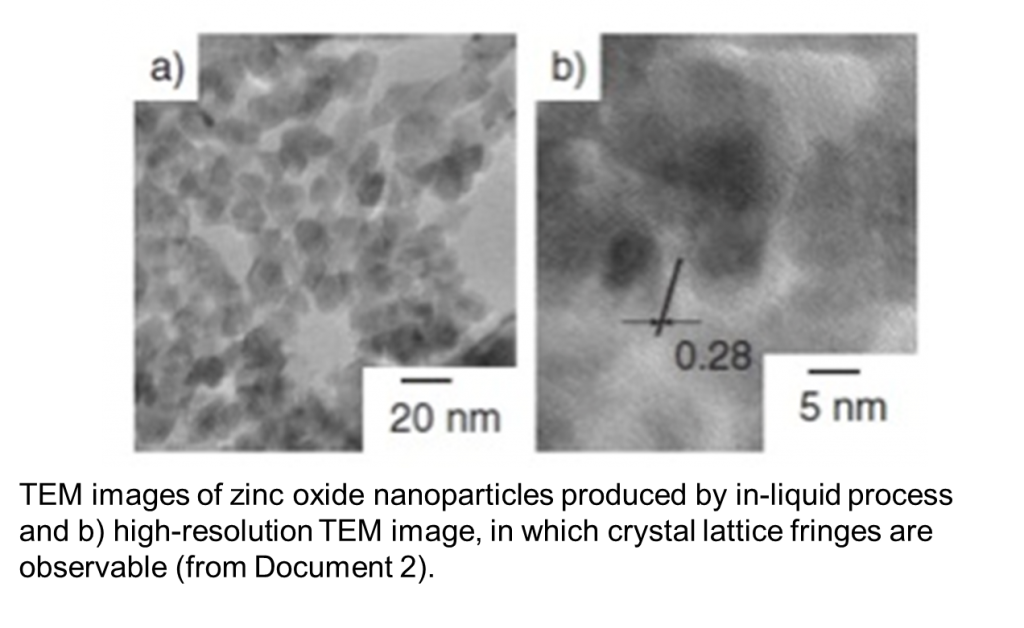 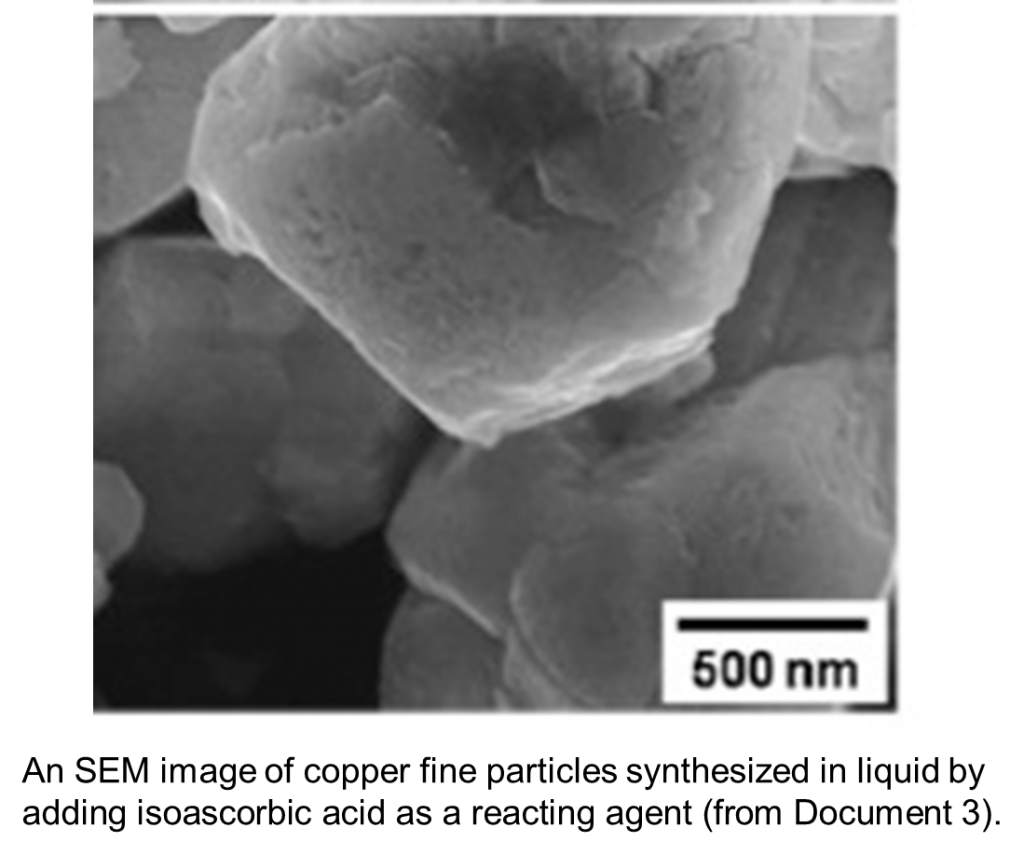 In addition to the advantage of reduced equipment cost compared with the plasma in liquid method that uses a high-voltage pulse power source, the microwave in liquid system is capable of forming plasma without reducing the voltage and is more intriguing than other types of plasma in liquid systems or solution plasma methods. Thus, we are trying to have a large number of cases tested. As explained above, the microwave in liquid system is suited for the mass synthesis of nano materials and is capable, unlike the vacuum method, of fabricating functional materials despite its use of plasmas.